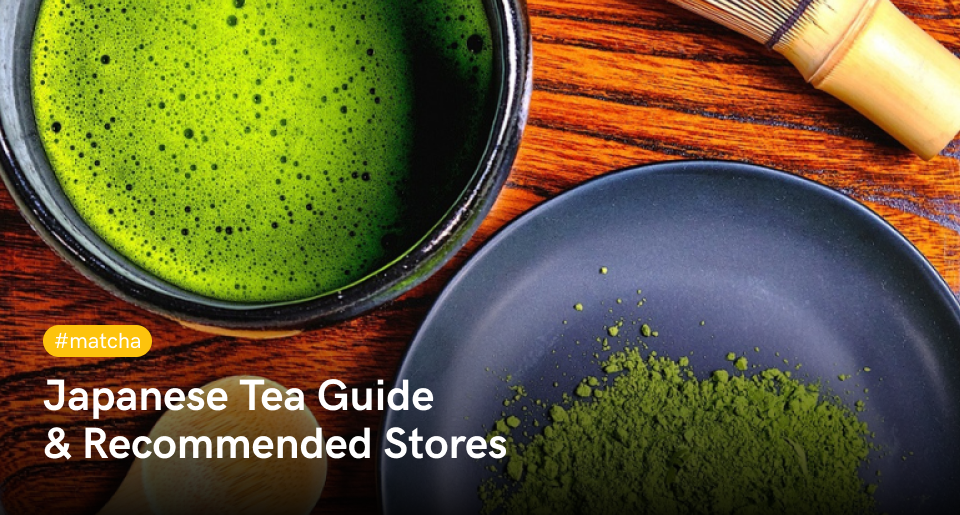 We explore the world of Japanese tea, and some popular stores where you can buy it online from Japan!

“Tea is the elixir of life and the art of prolonging life.”

So writes tea master Eisai in Kissa Yōjōki (1211), the very first book about tea in Japan.

The above quote paints a rather clear picture of tea and people’s views on it at the time: the name of the game, first and foremost, was health and nutrition.

Fast forward to the present day, some 800 years later, and Japanese tea has become a staple in society — both domestically and abroad.

Of course, everyone has their own personal favorite — be it sencha, houjicha, matcha, or one of the other countless varieties that line store shelves.

And therein lies the challenges for someone wanting to dive more into the world of tea:

In this blog post, you’re going to find out all of the above.

So pull up a chair, put a pot on the stove, and let tea time begin!

In no particular order, here’s 7 popular tea varieties from the Land of the Rising Sun. 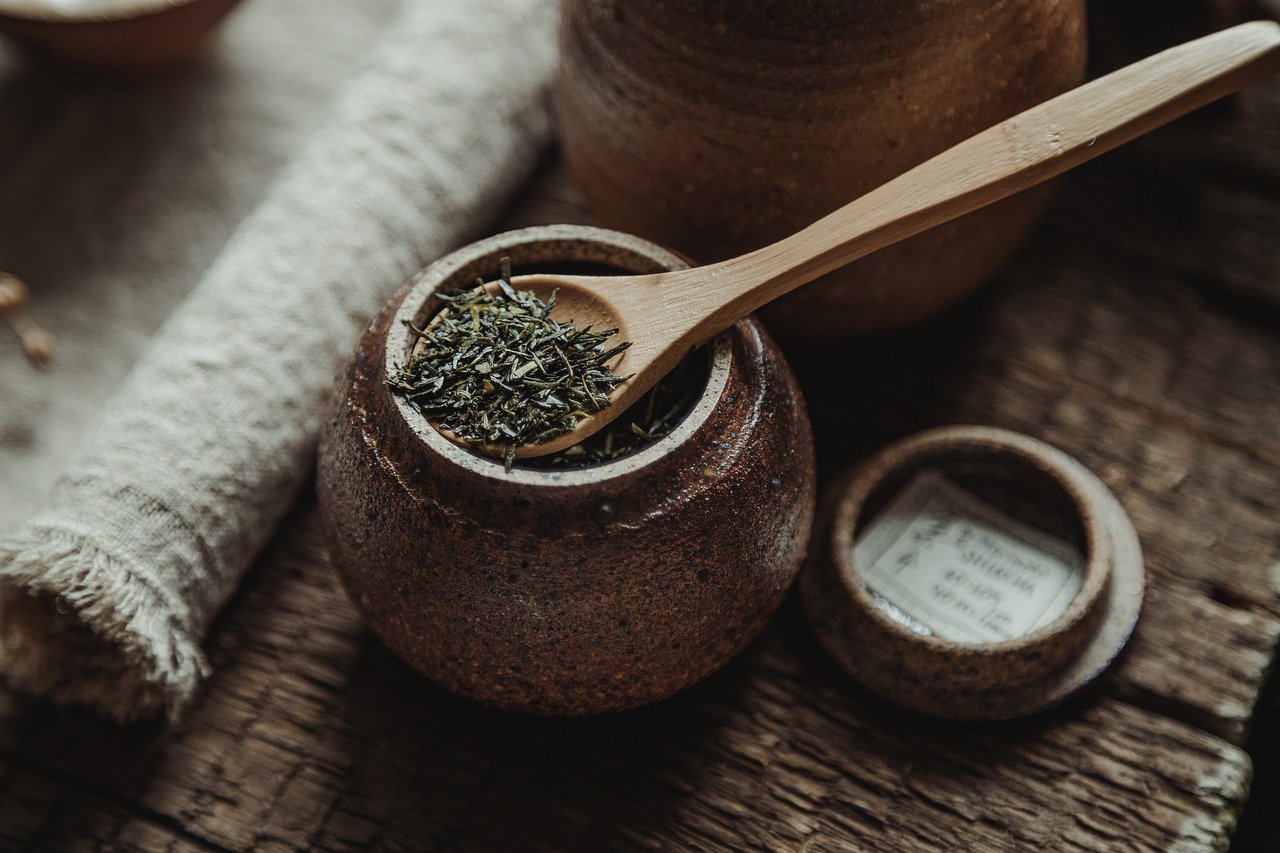 Sencha is the most widely produced of all Japanese teas. It’s picked several times throughout the year, though the first and second pick (ichibancha and nibancha respectively) are seen as highest in quality.

Ichibancha is picked from mid-April to mid-May and has a sweet, refreshing taste. Nibancha, on the other hand, is slightly astringent — though is also regarded as having antibacterial properties. 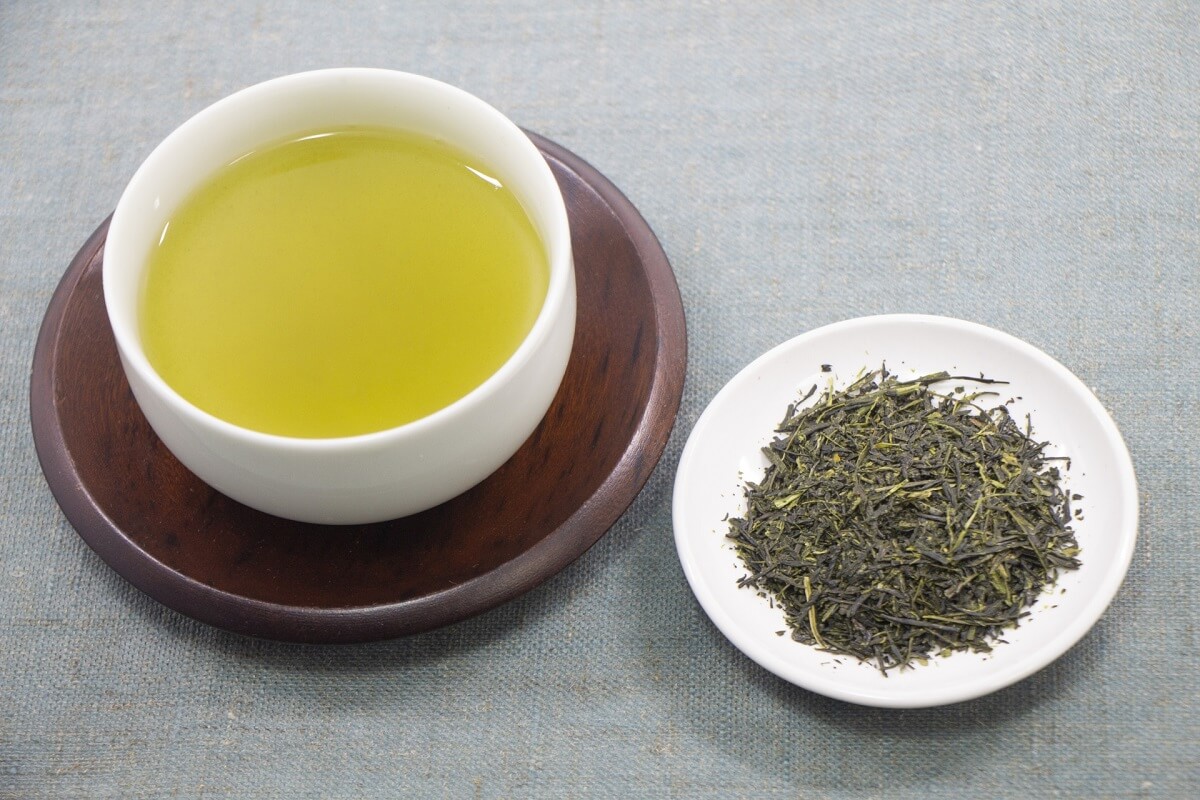 High-grade tea made from leaves grown between the middle of April and May. The Japanese word gyokuro translates to “jade dew” — a name that matches the infusion’s pale green color (and perceived grade) perfectly.

The plants are covered with straw or cloth for about 20 days to block out the sunlight. This allows nutrients to be stored up inside the tea leaves, giving them a full-bodied sweetness and a lush aroma.

Perhaps one of the most well known of Japanese teas, due to its use in many popular sweet foods. Whether it be ice cream, KitKats, Pocky, or even gelato, you’ll find matcha in kitchens and café menus all over the world!

The pre-ground tea leaves are known as tencha, and just like gyokuro are covered to protect them from sunlight. This process increases chlorophyll in the leaves, giving matcha its full green color.

Matcha contains lots of caffeine and theanine (an amino acid) — a combination that helps clear the mind and boost feelings of relaxation. 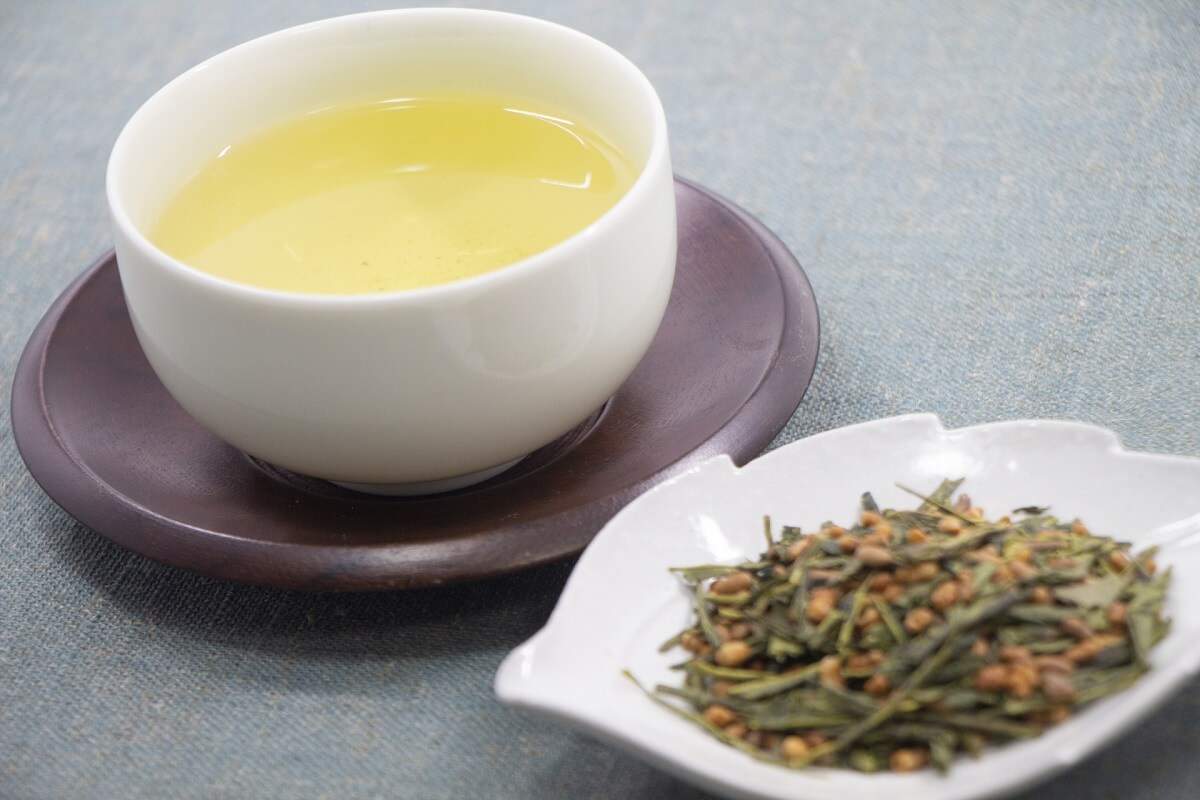 This highly aromatic variety is made by mixing green tea with roasted brown or white rice. It’s affectionately known by two nicknames:

What’s interesting about genmaicha is that it is often combined with other varieties to enhance its flavor (or even create new ones). It’s typically blended with houjicha or matcha. 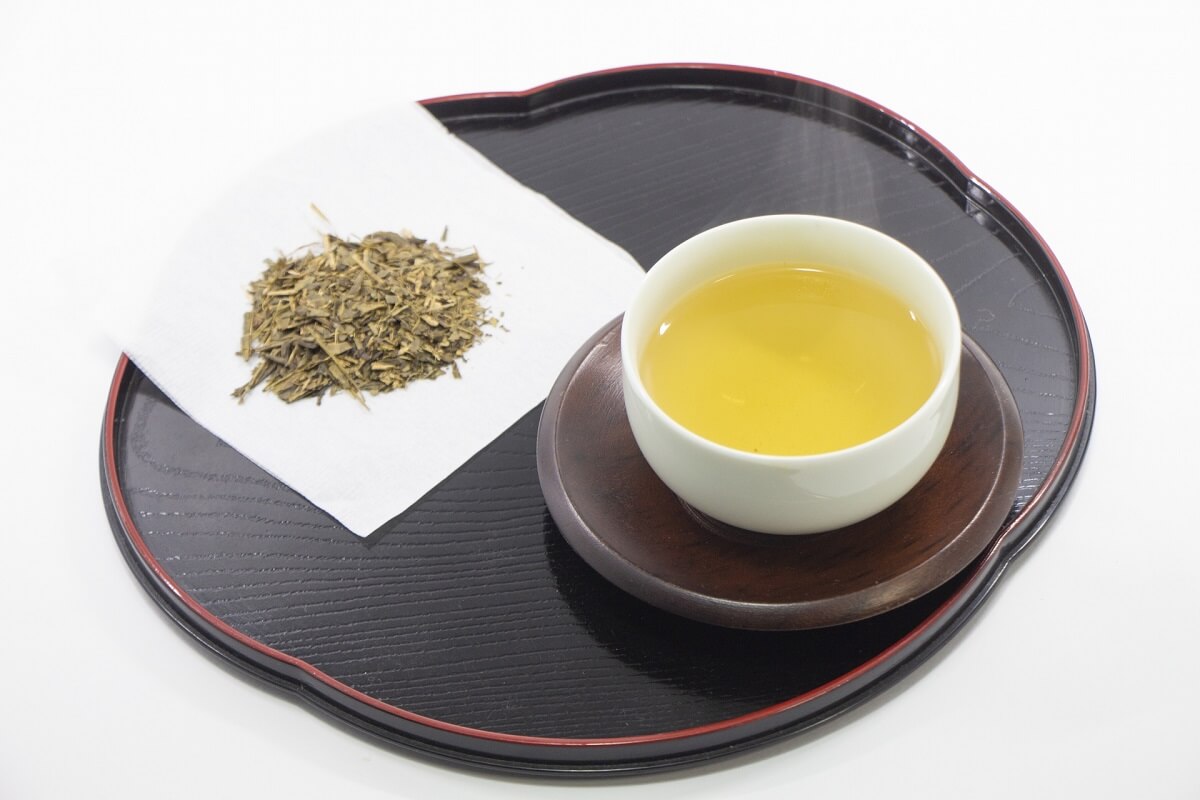 Short for bangaicha (“extra tea”). True to its name, this tea is harvested much later than other Japanese teas — generally from summer onwards.

As the tea leaves are given more time to mature, the taste they provide is light and refreshing, lacking the “punch” of other tea varieties.

Though sencha is the most popular tea in Japan today, the World Green Tea Organization explains that Bancha actually held the coveted spot up until the middle of the Edo period (1603–1867). Back then, it was “daily drinking tea for the common people.” 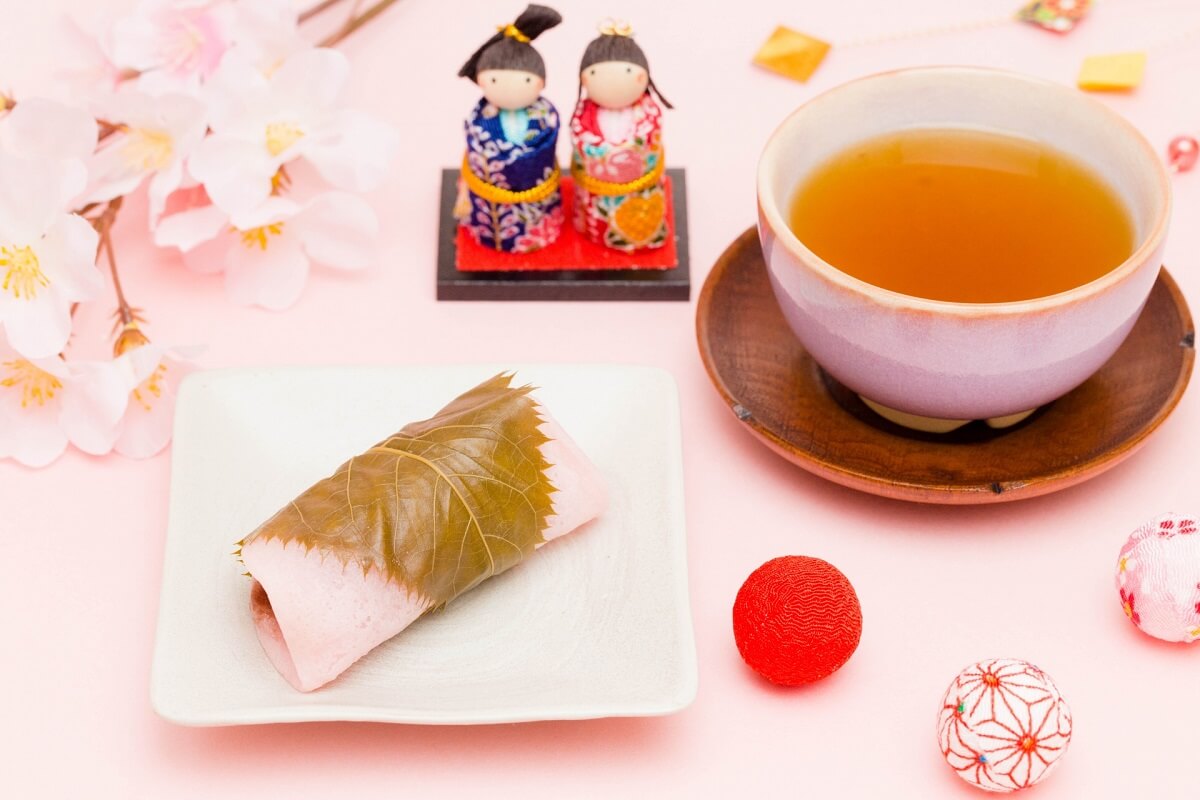 Houjiru means “to roast” in Japanese, and that’s exactly how this tea is made: roasting regular green tea leaves (usually the aforementioned bancha) until they are reddish brown.

Houjicha is known for its distinct savory (umami) flavor and low caffeine content, which makes it the perfect choice for children. It’s also a great complement at lunch and dinner, as it cleanses the palate and counterbalances the heavy feeling of oily foods.

Unlike the other varieties covered so far, mugicha contains no caffeine — and actually doesn’t even come from tea plants at all! It’s made from roasted barley, which gives it a refreshing, aromatic, toasty taste.

A glass or bottle of cold mugicha is perhaps the quintessential summer drink in Japan. It’s not just because summer is the season when barley itself is harvested, either; mugicha contains plenty of vitamin B1, which helps strengthen the nervous system and boost energy levels.

Itohkyuemon is synonymous with matcha teas, and Uji Matcha Ajirogi is one of its most popular. It’s a high-grade offering made using traditional techniques that boasts both a mild sweetness and an elegant aroma.

Uji’s gyokuro is the cream of the crop in the world of Japanese green tea. It’s made from only the finest leaves and is used in tea ceremony sessions all over the country.

A blend of fragrant brown rice and moderately astringent matcha. The latter point makes it especially suitable for everyday consumption. 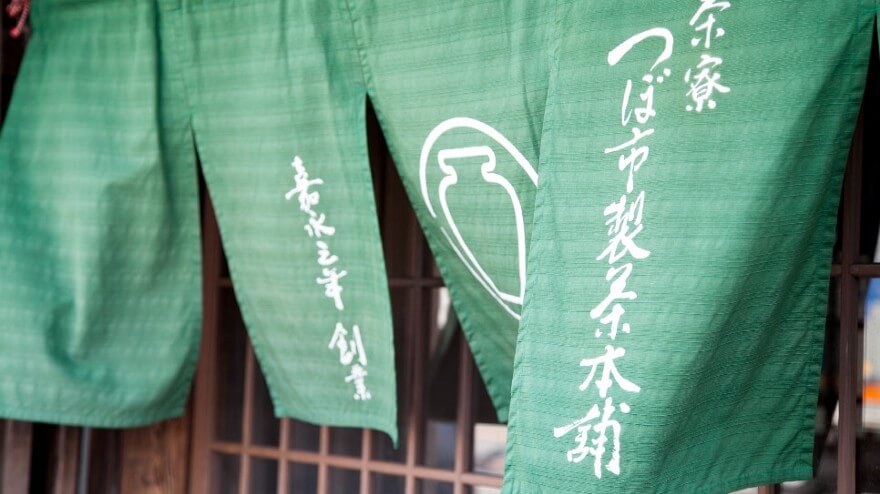 Rikyu no Uta is one of Osaka’s Osakamon Meihin, an accolade awarded only to local commodities of the highest prestige and caliber (such as those in production for more than 50 years).

Its pleasantly sweet taste, full-bodied color, and substantial amino acid content (double that of regular sencha, according to Tsuboichi) make it a truly invigorating, yet relaxing, tea experience.

You'll find the aptly named Kaoririkyu (kaori means "aroma" in Japanese) being used in certain Michelin star kappo restaurants, where its fragrant aroma and elegant flavor no doubt complement the traditional Japanese cuisine to a T. Kaoririkyu contains lightly roasted ingredients from the first harvest of the season (see the note about ichibancha above).

This mugicha that is sold as is, rather than in pre-packaged tea bags (which are becoming increasingly popular in recent years). Of course, that brings along with it a distinctly fragrant, refreshing taste that you'll be hard-pressed to find from tea bags.

Ujitawara Tea Factory was established in Ujitawara, Kyoto, the birthplace of Japanese green tea, in 1928. The company produces Japanese tea and sells it by mail order. Today, in addition to tea, the company also offers health foods, sweets and snacks, as well as other miscellaneous goods such as cosmetics and fashion items.

Ujitawara is located in the mountains, where day and night temperatures can be drastically different. Fog is also a common occurrence due to the amount of precipitation, and so you'll often find cold morning mist from the Tawara River covering the tea fields. As the old saying goes, “A village with deep mist produces delicious tea."

This dark-green tea soothes you with its mellow flavors and its perfect fusion of sencha (both deep- and light-steamed varieties), first pick gyokuro, and Uji matcha.

It's Ujitawara's most popular option, and for good reason: its brewing is based on survey responses about what customers would like in their ideal tea!

This versatile tea is both sweet and savory, making it ideal at both regular meals and tea time.

It's a well-balanced blend of matcha, sencha, kabusecha (covered tea), and kuki houjicha (containing roasted stems and twigs, rather than tea leaves). Definitely a unique option that to many will be greater than the sum of its parts!

This convenient beginners set is perfect for those who want to try their hand at preparing matcha themselves. It includes a chawan (tea bowl), whisk, chasaji teaspoon, and Koimaro matcha powder. The tea bowls are all made by hand, which gives each one a different texture and ensures no two sets are the same. 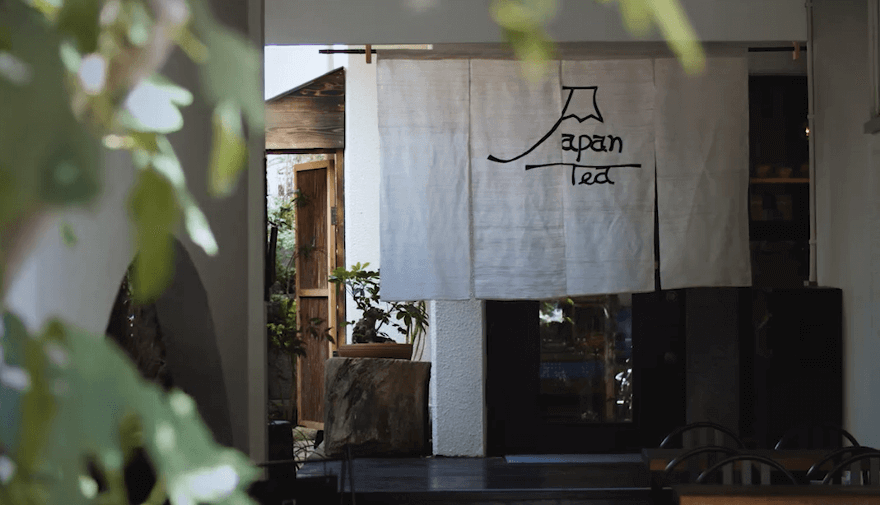 Ureshino in Saga Prefecture is renowned for its tea, and this is just one of its main offerings.

The production process is based around pan or pot roasting (kamairi) rather than steaming, unlike most other Japanese teas. Though this makes it sound like a high-class rarity, it’s actually intended for daily consumption.

Also hailing from the Ureshino region, this tea variety is unique in that the leaves are twisted (rather than rolled into needle shapes). Steaming time is longer and at a higher temperature than that of regular sencha, resulting in a mellow taste with less astringency.

About 98% of all tea produced in Ureshino is steamed tamaryokucha, so there’s no denying its popularity!

Derived from the yabukita cultivar and produced in the Mimasaka region of Okayama Prefecture for generations. Said to be a favorite of famous samurai Miyamoto Musashi’s, who hailed from Mimasaka himself (or so historians believe).

Mimasaka Bancha has a subtle sweetness and natural fragrance to it, perhaps due to the tea leaves being sundried during preparation.

Japanese tea culture can be a fascinating rabbit hole for both avid enthusiasts and casual tea lovers. And even if you're not at all familiar with the soothing flavors and aromas that Japanese tea can provide, with hundreds of years of history behind it, there's never a time like the present to get started on your tea journey!

If your taste buds are craving the distinct umami flavors of authentic Japanese tea after reading this blog, head on over to our Food & Beverage section and check out the thousands of tea listings we have now on ZenPlus:

Have you ever joined a traditional Japanese tea ceremony?

Are you interested in chawan and other tea utensils?

ZenPlus is your one-stop shop for all things Japanese.

Browse our green tea category for more matcha, sencha, houjicha, and other authentic tea products delivered direct to your door!

If you can't get enough Japanese snack coverage, you won't want to miss these other articles on ZenPlus: 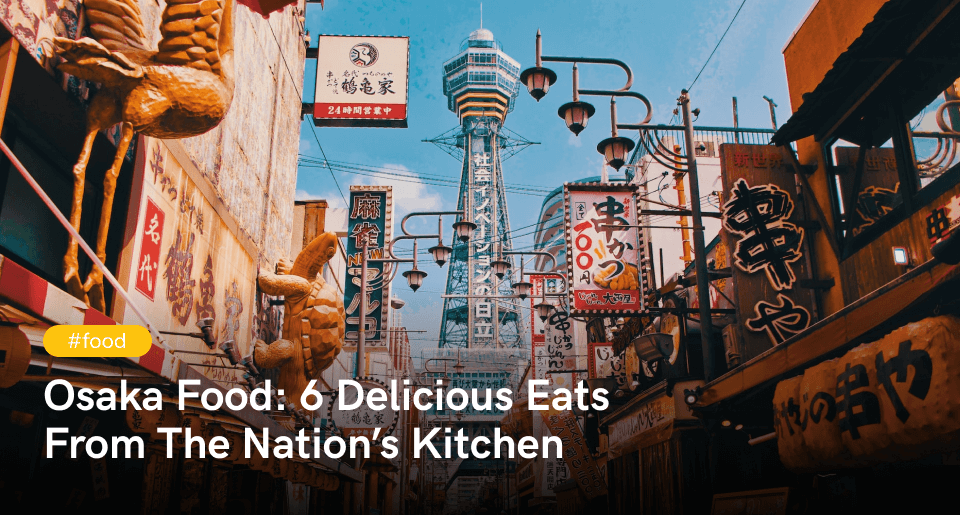 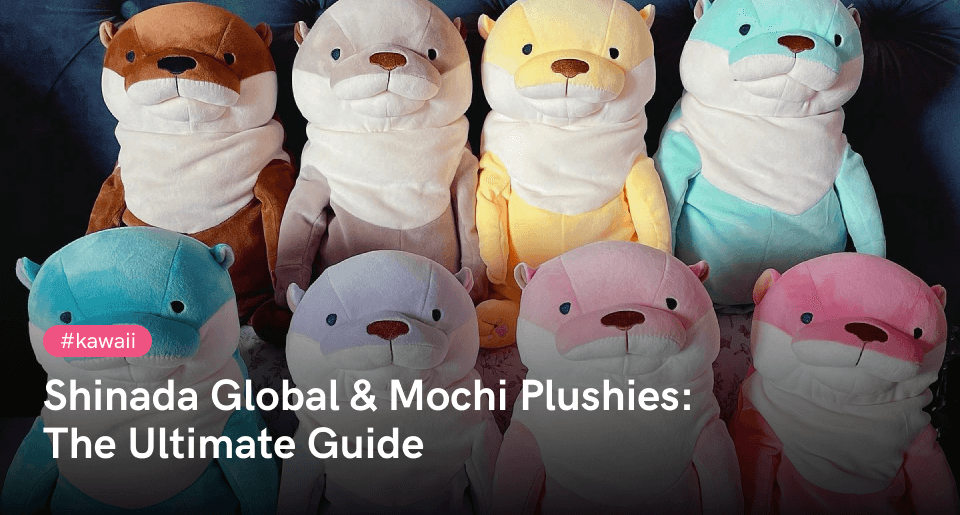 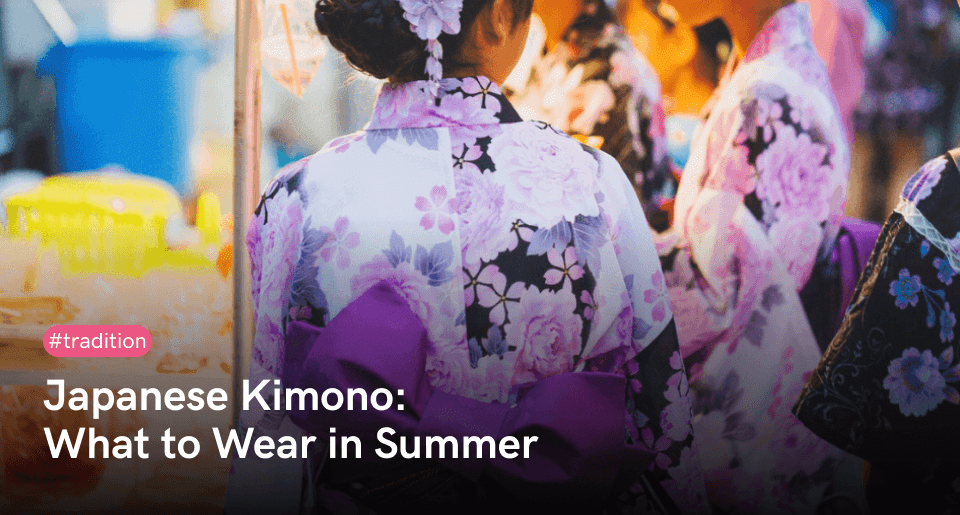 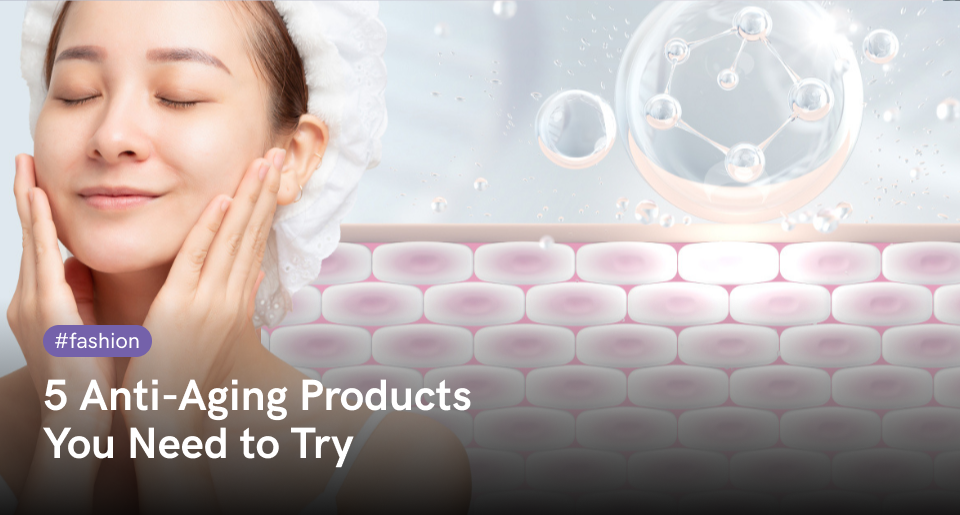